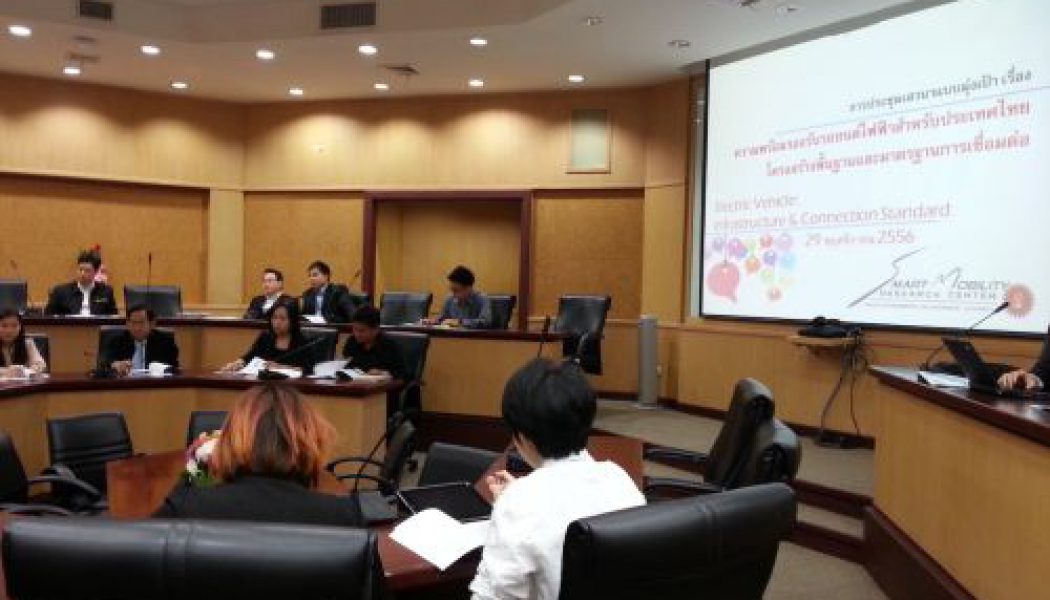 Thai European Business Association (TEBA) initiated a special meeting at Chulalongkorn University’s Smart Mobility Research Center on the topic of developing the electric vehicle (EV) sector in Thailand. The meeting was comprised of a broad group of relevant stakeholders from the private and public sectors and academia.

The meeting agreed that EVs have come of age and that it is certainly time for Thailand to have a clear plan of how it will promote their use and possible manufacture in Thailand. The Bangkok Metropolitan Electricity Authority (MEA) stated that it planned to bring in 10 electric vehicles within the next year for research and testing purposes.

A representative from Mercedes Benz commented that currently Thailand does not have sufficient policies at the moment related to EVs. They further stated that any policies should be clear and be in line with international standards, especially in relation to charging connectors. Also added was that there is currently a low amount of experienced human resources in this area in the country.

Hugh Vanijprabha from TEBA gave the example that mobile phones used to be just seen as a toy for the rich, but they have now become widespread and that EVs, while being niche at the moment, have great potential to become more mainstream. He added that Cambodia has already developed its own brand of electric vehicles, the Angkor. In terms of policy, Hugh suggested that due to the numerous number of government departments involved in such a project that overall coordination of any EV policy would be best handled by the Prime Minister’s office.

It is clear that Chulalongkorn University wishes to be a leading institution in the further development of EVs here in Thailand with the university, which already runs a small feet on on-campus electric busses, announcing plans for a charging station to be built on the campus. The university is setting up an EV Learning Site.