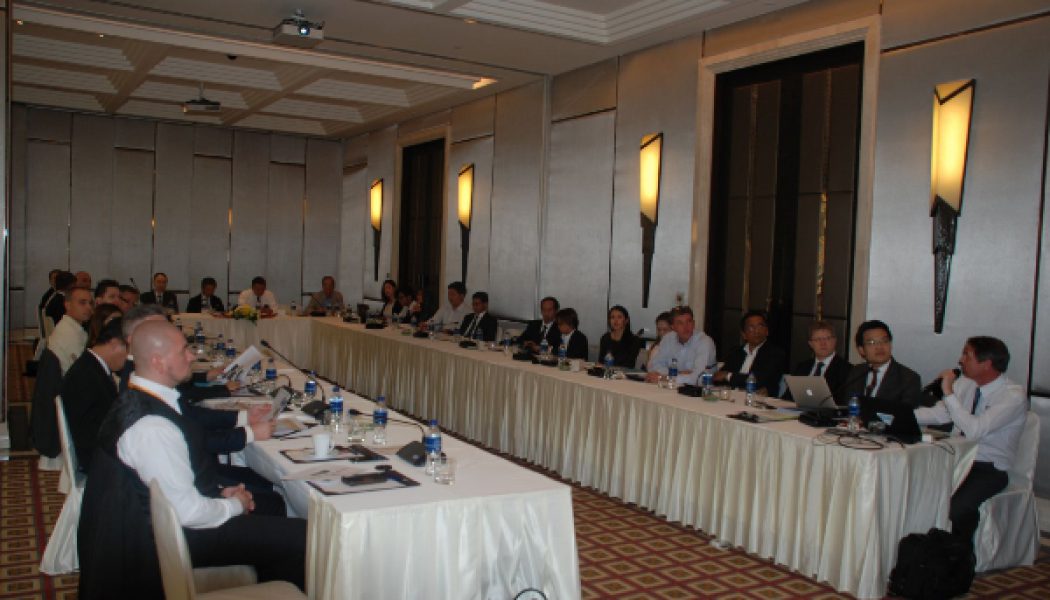 Ready for the next two years, the Thai-European Business Association (TEBA) has elected its new board at its 2015 annual general meeting.
The association met at the Grande Centre Point Hotel Terminal 21 for its annual meeting to review the past year and discuss plans for 2015.A Year of Growth
The association grew significantly in 2014 with numerous events supporting both European companies operating in Thailand as well as Thai companies with an interest in doing business in Europe. Highlight events over the past year include organising a conference on investing in Europe as well as bringing a delegation of automotive companies to exhibit at the IZB international suppliers fair in Wolfsburg, Germany. As well as the number of activities, TEBA grew around 300% in terms of members during the past year. In 2014 TEBA gained in capacity with the hiring of a membership and marketing manager and a policy analyst, as well as additional IT and communications and accounting staff. TEBA aims to maintain this momentum of growth over the coming year to organise more events and carry out more advocacy work on behalf of its members.

New Board to Drive TEBA Forward
The new TEBA board consists of Uli Kaiser (EMAG Group) as President, Dr. Chaiyant Savanachai (Thai Steel Cable) as Vice-President and Joerg Laatsch (Continental) as Second Vice-President. Hugh Vanijprabha, TEBA’s Executive Director for the past four years, officially stepped down from his position following his move to take on the role of Managing Director of Rolls-Royce (Thailand). He was elected to the TEBA board as the association’s Treasurer. Other board members include Segsarn Trai-Ukos (Michelin Siam), and Joseph Hong (Robert Bosch). They will work together to guide the overall strategy of the association as it continues to grow over the coming two years.

Dinner Discussions with Ministry of Industry
Following the meeting, there was a dinner for the members at the hotel that featured Dr. Atcahaka Sibunruang, Permanent Secretary of the Thailand Ministry of Industry, as the keynote speaker. Dr. Atchaka discussed with the association’s members about the ministry’s policies for promoting industry in Thailand.