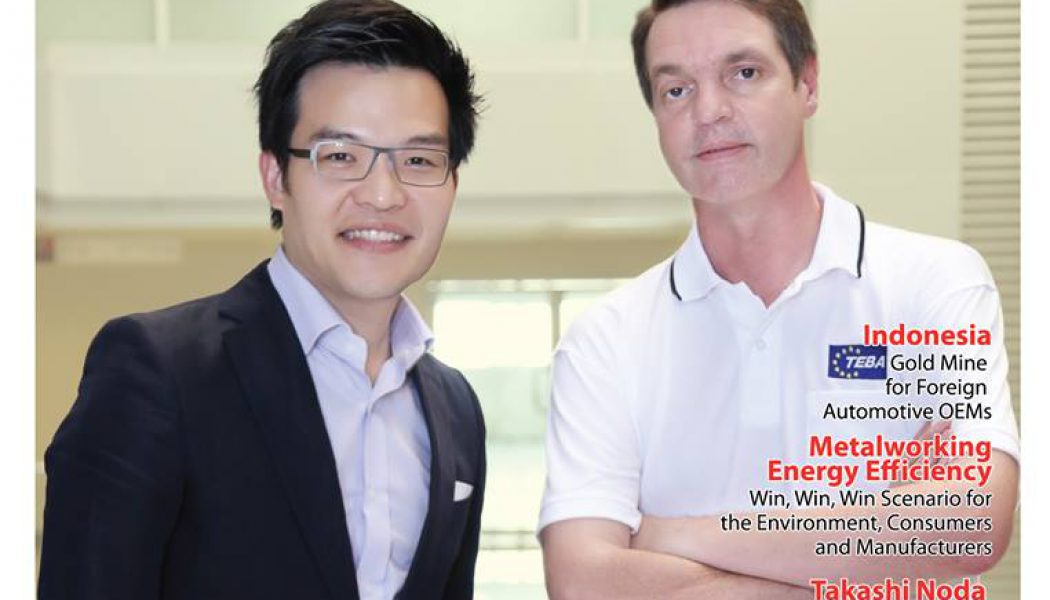 Japan has long been one of the largest investors in Thailand, especially in the Thai automotive industry, where Japanese automakers have created a significant automotive cluster and comprehensive supply chain. However, major European automakers, especially Volkswagen, have announced to set up facilities in Thailand and take advantage of the opportunities available in the growing Thai and Southeast Asian automotive sector.

Japan has long been one of the largest investors in Thailand, especially in the Thai automotive industry, where Japanese automakers have created a significant automotive cluster and comprehensive supply chain. However, major European automakers, especially Volkswagen, have announced to set up facilities in Thailand and take advantage of the opportunities available in the growing Thai and Southeast Asian automotive sector. The arrival of these European automakers is expected to bring additional dynamism to the industry.

The Thai-European Business Association (Teba) is an independent association of Thai and European businesses in Thailand and overseas. The association has targeted the automotive and aerospace industries as two key areas of focus, supporting their development in Thailand, as well as the development of European companies already operating or looking to operate in Thailand in the future. Asia Pacific Plant Management was delighted to have an exclusive interview with Uli Kaiser (president) and Hugh Vanijprabha (executive director) of Teba, where we discussed the future of the Thai automotive industry and the possible entry of European automakers.

What Trends Do you See in the Thai Automotive Industry?

After the period of 2012 and 2013 where witnessed significant growth, the Thai automotive industry has entered into an adjustment period, mainly due to the termination of the first-car buyers program. Recent political disputes have also negatively affected the industry.

However, this situation will be temporary and not last long. Looking at the fundamentals, Thailand is a dynamic upper middle income country, with GDP per person expected to grow by 5% annually from the current $6,000 to $10,000 by 2020. The automotive industry is expected to contribute to and benefit significantly from this, with a yearly growth of 10%, as people shift from motorbikes to cars. Currently, car ownership in Thailand is around 150 units per 1,000 people in comparison to 300 units per 1,000 people in Malaysia. However, Thailand is expected to achieve this level of car usage within the next 7-10 years.

What Challenges Does the Thai Automotive Industry Face?

The biggest challenge for the Thai automotive industry is the introduction of world-class manufacturing. Until now, Thailand’s automotive industry has relied heavily on manual labor and operators to ensure quality and output. Thailand is facing a labor shortage, both in the areas of skilled and unskilled labor, and has accommodated more than one million officially registered foreign workers to engage in labor-intensive manufacturing processes.

This obviously is not sustainable, especially under the upcoming Asean Economic Community (AEC), when people will be able to move more freely. Thailand, therefore, is in serious need of reducing its dependency on manual labor and is required to shift from low-tech and low-cost labor-intensive industry to high-tech and highly productive capital-intensive industry. At the same time, in order to achieve such a shift, Thailand also needs to further develop its skilled labor force.

How Are the Prospects for European Automakers in Thailand?

European automakers will be able to break into the Thai automotive industry in the near future. For example, Volkswagen, the third largest automaker in the world in terms of sales, is expected to announce this year the setting up of two manufacturing plants in Thailand. Also, Fiat is already investigating the possibility for Chrysler to have a presence in Thailand. When these European automakers enter the market, they will be able to develop significant business in Thailand and offer another choice for Thai people who currently can only buy locally produced Japanese and American cars.

What Are the Main Challenges for European Automakers in Thailand?

There are number of challenges in order for European automakers to develop their business in Thailand. One such challenge is the establishment of infrastructure. For example, when Volkswagen enters Thailand, it will also bring a lot of their suppliers. However, the company must also look for a local supply base and will have to work with both Thai and Japanese suppliers. As around 20,000 parts are required to produce a car, and European automakers are not able to supply all these parts by themselves, building up a supplier network and base in Thailand will be essential. Establishing a dealer network is also essential for European automakers. For example, Volkswagen currently has just a few dealers in Thailand, but the company needs to establish at least 100 dealers in order to have an impact nationwide.

Finally, attitude adjustment is also the challenge for European automakers coming to Thailand. Many Europeans still see Thailand as a holiday country and they often overlook the fact that Thailand has developed a significant automotive production infrastructure. It is also important for Thai manufacturers to understand that there are not only Japanese and the American automakers, but also those of Europeans with whom they may also work. Both European automakers and Thai manufacturers are required to get to the table and learn to work with each other.

What is the Role of Teba in the Thai Automotive Industry?

Teba engages in various activities including communication, meetings, and advocacy and has a fully developed work plan for the automotive industry. This year Teba has initiated the “Becoming a World Class Automotive Supplier” series of activities, which consist of regular workshops that address the most important issues in the Thai automotive industry, including manufacturers, policies, skilled laborers, staff education programs, the supply chain, and quality and operations management. Teba always looks at Thai and European manufacturers together and has worked with the Thai government to bring initiatives to European manufacturers and to improve the skills of Thai manufacturers. It has also organized a series of business development and matchmaking activities between them.

Teba has also supported the internationalization of small and medium enterprises (SMEs), bringing Thai SMEs to Europe and European SMEs to Thailand. In February in Brussels, the association met with the EU governments, parliament, commission, and Thai Embassy there to discuss the strengthening of bilateral business between Europe and Thailand. In April, Teba also plans to bring 10 Thai SMEs (many of whom are in the automotive industry) to Germany for a study tour. A growing number of Thai manufacturers are out looking to Europe as they have discovered Europe as an additional market.