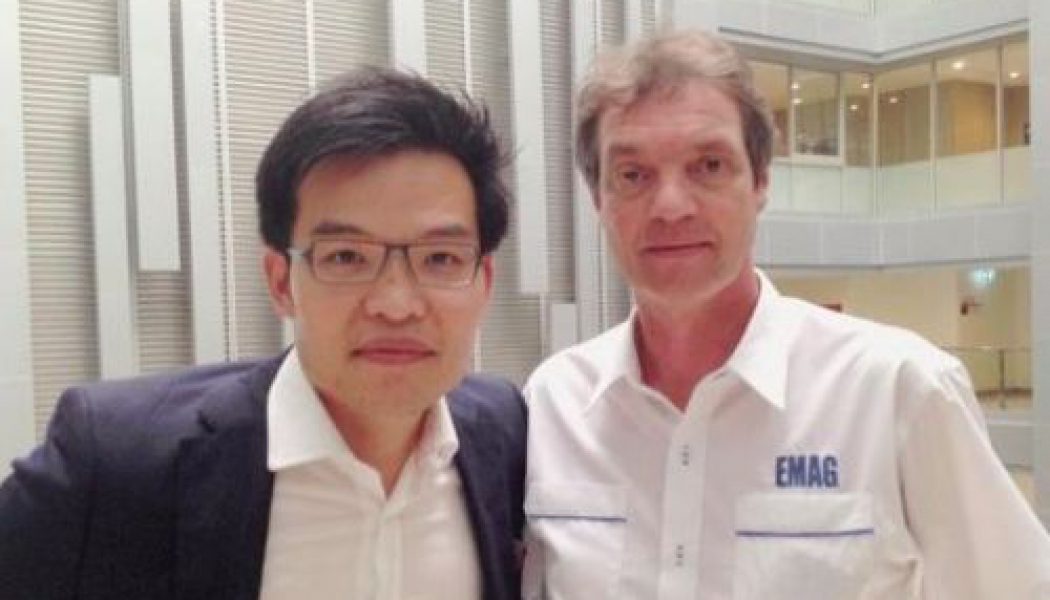 Constant communication, accurate information, and awareness of opportunities are keys to successful ventures for European investors looking to do business in the Kingdom, the Thai European Business Association (TEBA) says.

Constant communication, accurate information, and awareness of opportunities are keys to successful ventures for European investors looking to do business in the Kingdom, the Thai European Business Association (TEBA) says.

“There are no obvious barriers for doing business in Thailand because there is nobody physically standing in the way. The key is to realise that there is potential here and match it with the right kind of investment,” said Hugh Vanijprabha, executive director of the TEBA.

He said the current political situation did not pose a big threat to the confidence of foreign investors who understand Thailand, such as the Japanese and others who have been here for a long time, because they realise the country’s potential and resilience, its amazing ability to bounce back.

“Political crises are everywhere in the world. Therefore, investors have to look at how well the country is prepared for such situations, while having constant communication and information allows you to understand the local situation before you make an investment decision,” he said.

Uli Kaiser, president of the TEBA, said lack of information was the biggest problem for foreigners who wanted to do business in Thailand because they did not realise the kind of opportunities this country can offer.

“In my last meeting with executives from Boeing and Airbus about the potential of the aviation and aerospace industry in Thailand, they said that the country was off their radar because they do not have the information and awareness of the opportunities present here,” he said.

The TEBA believes that Thailand has many opportunities for investors besides tourism and the automotive industry, such as infrastructure-development projects, the expansion of digital television networks, agricultural and food industry, medical tourism, and oil and gas. But the industry it believes to have the best prospects is aviation and aerospace.

“With the launching of the AEC [Asean Economic Community] and its geographical location, Thailand could easily be the hub for the aviation industry in Asean,” Kaiser said.

The infrastructure for building aviation parts and equipment is already present in the Kingdom through its 4,000 automotive companies, and with the region expected to be the largest air-travel market within the next decade, Thailand should be ready to exploit this opportunity.

Airbus has predicted that globally, air traffic will increase by 4.7 per cent per annum over the next 20 years, along with an increase of revenue passenger kilometres (RPK) from 29 per cent in 2012 to 34 per cent in 2032.

“With the potential of huge air traffic coming to Thailand, the demand and need for maintenance, repair, and operations, airports and airlines will increase,” Kaiser said. “With this opportunity, Thailand can be on its way to becoming a major player in Asean’s multibillion-dollar aircraft maintenance and manufacturing industries.”

Vanijprabha said aerospace and aviation made up a big industry, as there were many components to one plane. For example, he said Thailand could easily take advantage of the know-how in the automotive industry and the supply of raw rubber to become a major supplier of aircraft tyres.

As 80 per cent of the TEBA’s 50 members belong to automobile industry, Vanijprabha also commented on the prospects of this industry in the next five years.

“The automobile industry will continue to grow in the next five year here due to the prospect of the AEC and the emphasis on export driven by the global economic recovery,” he said.

The TEBA believes that the biggest area for improvement is the research and development (R&D) sector of the automobile industry, especially development.

Vanijprabha said Thailand’s automotive industry was already the 10th-largest in the world and the biggest in Southeast Asia, but to be able to develop and complete the supply chain, the private and public sectors had to work together on investment in R&D.

Last year, vehicle production in the Kingdom reached just under 2.5 million units, accounting for 12 per cent of gross domestic product.

Vanijprabha said Thailand’s potential for research and design was endless because of Thais’ high level of creativity, but what was lacking was the ability to develop and fulfil ideas. This needed a larger private-public partnership in order for it to be fruitful.

“Vocational training is needed and is important to the development of the automobile industry in Thailand,” he said, adding that the government should channel private sector know-how into schools and universities.