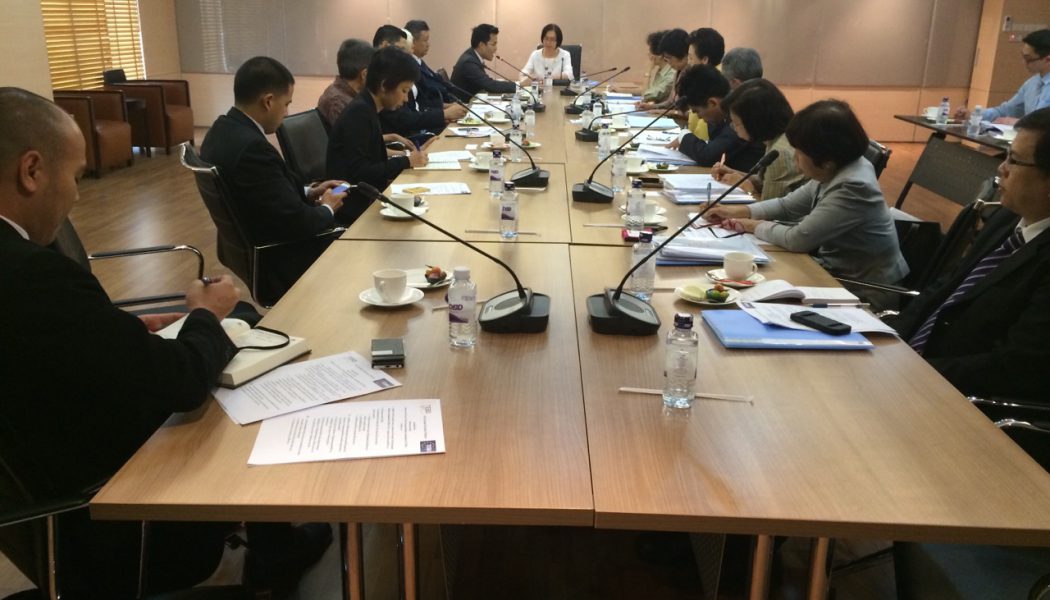 On September 8th, TEBA facilitated a meeting between a delegation of TEBA members and the Permanent Secretary of the Ministry of Commerce allowing TEBA members to put forward their suggestions on reforms, impact of the ending of the GSP, customs issues, and other issues of importance to the automotive, aerospace and pharmaceutical sectors.

In the afternoon of 8th September, TEBA facilitated a meeting between a delegation of TEBA members and the Permanent Secretary of the Ministry of Commerce (MOC), Miss Chutima Bunyapraphasara at the Department of Trade Negotiations (DTN) in Nonthaburi, following TEBA’s latest meeting with the newly appointed Prime Minister, Gen Prayuth Chan-ocha, on 27 August 2014.

Under the framework of Thai-European Business Dialogue (TEBD) TEBA members, consisting of Thai and European investors, to put forward their suggestions on reforms in a number of areas, including logistics and customs issues, and issues of importance to the automotive, aerospace and pharmaceutical sectors. Also discussed was the impact of the ending of the GSP.

Part of the meeting’s agenda was a discussion on Thailand’s current economic situation, affects of measures imposed by the EU, weakness of current Thai Customs laws and regulations and Thailand’s readiness for AEC 2015. Hugh Vanijprabah, Executive Director of TEBA, also updated about the upcoming Executive Discussion forum, an event organized as part of TEBD that will take place on 19 September 2014 at Brussels Press Club, Belgium.

The positive meeting allowed TEBA members to express their views on a variety of issues to the Ministry as well as receiving direct feedback and information. The MOC agreed that a clearer mechanism to facilitate dialogue between the MOC and the private sector should be created. TEBA suggested forming a working team with meetings every six months to hold discussions under the Thai-European Business Dialogue (TEBD) program.

Other suggested proposals from TEBA included stakeholder consultation to push forward the EU-Thailand FTA, an impact assessment of the GSP cut and business matching activities for European SMEs with an interest in investing in Thailand.